Recently I came upon a thread in LinkedIn discussing the advantages and apprehensions of cloud software, specifically cloud hotel systems. As an early believer in that technology and from the position of more than 10 years experience in developing desktop hotel PMS, I decided to take up the challenge and try to answer some of the persisting fears of potential users and see if it sounds convincing. If you too are interested in the result, read on and don't hesitate to share your thoughts and feelings. 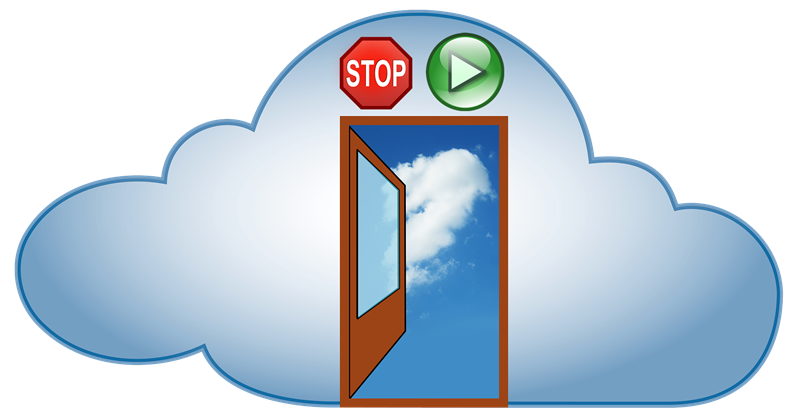 “How do I operate if my internet connection drops?”

The hidden question here is: “How reliable can cloud-based hotel PMS actually be if they rely on the Internet?”

What if some of the front-desk PCs or just a network cable defect? What if the entire network gets infected with a virus? What if the server in your well-guarded server room crashes? What level of system administration do you need to minimize the effects of such accidents? How fast and for how much can you react in such situations?

Backup internet connection or just a tablet with 3G - that’s all you need to continue instantly with a cloud-native PMS.

Let’s compare. Most locations today offer a good choice of providers of internet connection at reasonable fees. True cloud-native applications don’t require more bandwidth than, say, cnn.com or bbc.co.uk. Basic ADSL or even 3G will do. So your backup internet, just like your main connection, is really cheap. Even if, despite all odds, both your providers fail, you can still switch to a tablet or even smartphone with 3G - and still do absolutely everything you would on your regular hardware.

“Do I have control and is my data safe on the internet?”

Your server is safe locked in the back room. Right. How about your data, once your network is connected to the Internet?

Did you know that hotels are one of hackers’ favourite targets? Why? Because they deal with and store credit card and personal details, while their data protection is at a relatively low level. It’s not just viruses, hardware or software failures, or corrupted backups that may literally wipe your data out. There are dangers lurking in the shadows quietly trying to hijack data and steal from your customers. It’s something you may not even find out about, but something for which you are responsible and may even become a subject of legal prosecution.

Your server may be locked in the server room, but your data is as safe as your internet data security measures are. How serious are yours?

What happens with your data if you decide to quit your subscription? Can you still access it?

Well, this one is a bit tougher. I cannot give an universal answer to it.

It’s hard to think about quitting a relationship when you are still entering into it, but I suggest that you check from the start if the cloud system you choose allows export of lists (profiles, companies, bookings) and statistics in .csv or spreadsheets. If yes, you will likely be able to store your most important information and even transfer part of it to another system. Besides, you can always negotiate with your vendor to provide a read-only subscription at a reasonable fee and retain full access to your statistics.

“Are cloud-systems functionally mature for a full-service hotel?”

Well, this one is one of my favourite because this is the easiest to answer. Just because something looks much prettier, simpler and less cluttered doesn't mean it's less functional. Actually, the old Nokias also had more buttons than an iPhone, didn't they?

It's just the opposite. Professional cloud-based hotel systems of today offer much more than the property management systems of the past. They frequently integrate a channel manager and a web booking engine, which successfully bridges the gap between operations and distribution. Some of the more advanced even add revenue management. And the most exciting ones integrate digital guest engagement, allowing modern guest services, like self check-in and -out, guest messaging, digital room service, “select your room”, “rate us” and so on, which actually makes the difference for modern mobilized travellers.

Most importantly, the level of integration offered by modern cloud-based hotel platforms removes clumsy synchronization issues, friction between fragmented apps and enormous time loss. Such real time connection between operations, distribution, and direct guest interaction creates entirely new opportunities for sales and service and directly impacts your bottom line. Add to that the freedom of movement they give to your staff, which really does break the mould of the desk-tied reception and lets guests be serviced anywhere at the hotel.

Some would argue that cloud-based systems are harder to integrate with locally installed technology, like PBX or door locks, or with other pieces of software, but that is quite arguable. Software is software and no matter if it is cloud or not, through small locally installable pieces of interfacing software or through locally installed smart devices, that gap is solvable, if it is not yet - it will be solved tomorrow. We, for example, are already solving it.

The result is clear - new cloud-based platforms have much more to offer than even the best installable PMS, simply because the old generation technology remains locked into the property and focused only on operations. But your guests are out there, aren't they? And efficiency of operations is measured by rooms sold and happy guests, isn't it?

“Can I afford the cost?”

Probably, yes. A few cloud-based platforms, including ours, do not charge any upfront fees to switch to. But what makes the real difference are the costs saved:

So the question is - and has been for some time - not whether to switch to a cloud-based PMS, but when to do it. And if I were a professional hotelier, I would not hesitate any longer. Because, as Guy Lombardo beautifully puts it, it’s later than you think. Enjoy yourself.

Where else you can find us

We read a lot about hospitality and curate the valuable content we find: